Last month marked the final Utah appearance for Outdoor Retailer, the outdoor adventure industry’s largest expo and conference. For more than two decades, OR has called mountainous Salt Lake City home. But due to concerns surrounding the Utah political establishment’s campaigns to reduce or revoke national monuments including Grand Staircase-Escalante and Bears Ears, and its efforts to transfer control of other public federal lands to the state, industry leaders decided to take the show—and the $40-some million it has generated annually for Utah—to the more public-lands-friendly location of Denver.

Before the move was made official, several long-participating gear companies, citing the fact that land conservation is the backbone of their business, threatened to pull out of OR in protest, costing the tradeshow hundreds of thousands in booth rental fees. Black Diamond Equipment CEO Peter Metcalf wrote an op-ed urging companies and OR leaders to bail, and industry power player Patagonia outspokenly boycotted the final Salt Lake show. For the same reasons, Sierra editors stayed home, as did the apparel-makers behind Kuhl and 37.5 Technology.

The latter is a Boulder, Colorado–based “ingredients company” that supplies technical, body-temperature-regulating clothing materials to the likes of Adidas, Carhartt, and the U.S. Army. The upside of boycotting, says 37.5 CEO Jeff Bowman, who pulled his company out of OR in protest of Utah politicians’ desire to shrink the boundaries of Bears Ears National Monument, is that it left companies with “a pile of found money.” He says, “We decided, ‘Well, this would be a great time to put our money where our mouth is and bring some awareness to the issue of public lands access.’” 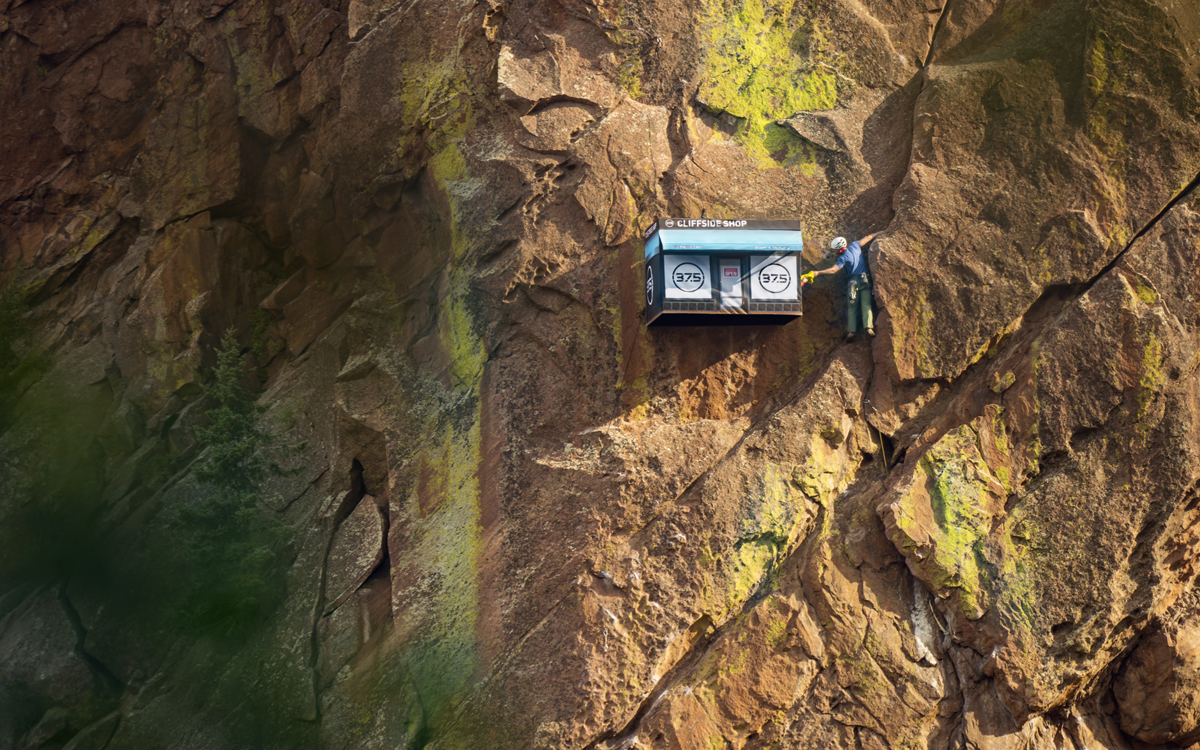 The 37.5 team sat down with some PR gurus and eventually hatched an experiential stunt that Bowman, a lifelong climber, suspected would resonate with fellow mountaineers: the world’s most remote pop-up climbing shop.

Anchored on a cliff face 300 feet above the ground—on the Bastille Wall within the Colorado climbing mecca that is Eldorado Canyon—37.5’s pop-up was as pioneering as it was ephemeral. In operation for only two days last month, the eight-by-six-foot spectacle attracted climbing stars including Lynn Hill, Brady Robinson, and Jesse Huey, as well as hundreds of other climbers and onlookers curious to witness the never-before-been-seen phenomenon that was, as Bowman describes it, “the least profitable shop that’s ever existed.”

Though visible from the ground below, the pop-up could only be reached via climbing routes that passed its portaledge location. Fully stocked with jackets, base layers, and climbing socks, 37.5’s pop-up wares were given away as freebies to any climbers who made the vertical shopping trip—many of whom found them immediately handy. 37.5 degrees Celsius, after all, is the body’s core temperature. “All our stuff’s designed to keep climbers cool while they’re making sweaty ascents, but also warm once they summit a high-altitude mountain,” Bowman explains. 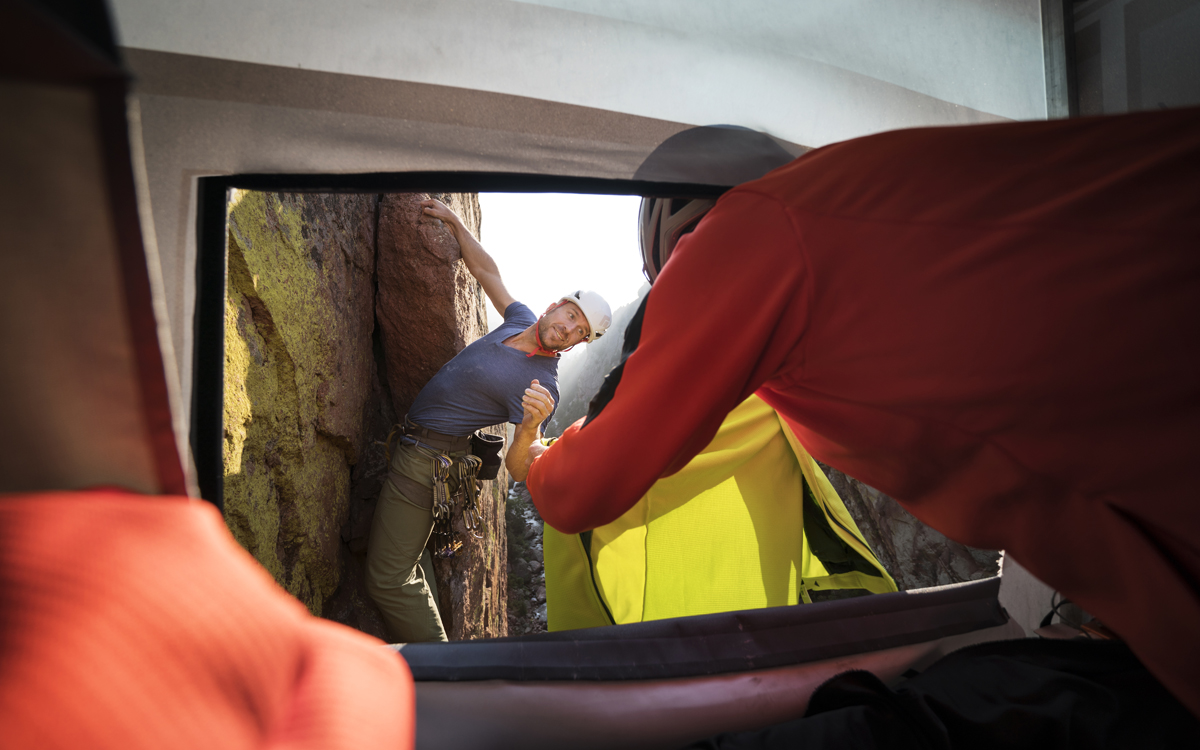 Shoppers rappelled up to the shop’s window, through which former Grand Teton National Park climbing ranger and current 37.5 VP of commercial and military sales Dave Bywater collected size information and supplied free gear. But the pop-up’s real raison d’etre was fundraising: For everyone who visited, the company made a $100 gift to organizations including the Access Fund, an advocacy group that works to conserve climbing areas; the American Alpine Club, a climbing membership organization that Bowman says has recently become active around issues of access; and Action Committee for Eldorado, a nonprofit that maintains the canyon’s climbing routes. “One guy even free-bouldered his way up to shop,” Bowman says. Non-climbing visitors who came out to Eldorado Canyon just to witness the stunt, too, were invited to make donations, which 37.5 matched.

The campaign was met with astonished approval, much to Bowman’s surprise. “Eldorado’s climbing community is very aware of and protective of this environment,” he says. “And climbers can be fickle—it’s not a community that typically views marketing stunts in a favorable light. We didn’t want to commit the faux pas of promoting access while limiting access to climbing routes.”

It’s why the campaign, for which 37.5 worked closely with the Park Service, was so fleeting. The risk, however, proved worthwhile. The company raised $15,000 to maintain and protect public lands, and climbers, Bowman reports, were “into it.” So, what are the chances of one getting to do some pop-up shopping atop El Capitan one day?

“We are talking about putting this shop up again,” says Bowman, “but we have some other ideas brewing to raise awareness around public lands access that are equally fun and outrageous—it’s just a matter of figuring out how to execute them safely.”

When it comes to engaging the climbing community around such issues, the sky, it seems, is quite literally the limit.