37.5’s Guide to Extreme Weather Adventure: Where to Go, What to Wear

The hottest, driest, wettest, windiest…the most extreme instances of weather around the globe aren’t that hard to seek out. Visiting them? That’s another story. Here’s our rundown on some of the most consistently extreme weather around the world, and the basics of what to bring should you decide to venture there.

What makes it extreme : Spending time in Death Valley in the summer is akin to walking outside and getting hit in the face with a hairdryer on full blast. In July 2018, Death Valley had the distinction of the hottest month ever recorded on Earth. That month saw 21 days reaching a scorching 120 degrees Fahrenheit or higher, recorded at the aptly named Furnace Creek. Death Valley also has the record for the hottest temperature ever recorded on Earth, reaching 134 degrees on July 10, 1913.

How to prepare for a visit : People visiting Death Valley in the summer need to have sun protection, stay as hydrated as possible, and not venture too far from established locations. Be wary of heatstroke, and wear clothing that will help protect you from the heat. This baselayer shirt from Firstads is a good example. It’s made with 37.5 Technology that will help regulate your body temperature and keep your core at the optimal 37.5 degrees Celsius.

What makes it extreme : The weather in this region is extreme and unpredictable throughout the year. Any day might see rain, wind, sun, sleet, or a combination of them all. The winds around Torres del Paine, in particular, are famous for their sustained speed and intensity. These winds can reach 100 miles per hour, enough to knock hikers off their feet. Torres del Paine is situated between two areas (the Roaring Forties and Furious Fifties) known for intense winds, a result of warm air from the equator meeting cold air from Antarctica. These winds have hardly any land masses to slow them down, building them up to furious speeds as they course through this part of Patagonia.

How to prepare for a visit : Bring some of everything. You’ll likely experience a mind-boggling range of weather during your trip, so bring sun protection, rain gear, insulation layers from Homeschool, and moisture-managing base layers. Be ready for everything from rain to sun to snow to the notoriously high winds.

3. Atacama Desert: One of the Driest Places in the World

What makes it extreme : While deserts are characterized by a dry climate and lack of precipitation, the Atacama Desert is known for its almost complete lack of rainfall during the year (it averages about half an inch annually). This 600-mile stretch of desert in South America lies west of the Andes—the exact square mileage is an estimation at best, with the boundaries of the desert not entirely defined. This region is one of the driest in the world and owes its aridity to a temperature inversion from the Humboldt ocean current, as well as its position between two mountain chains that prevent moisture from reaching the desert floor.

How to prepare for a visit : Similar to a visit to Death Valley, people traveling to the Atacama Desert will need head-to-toe sun protection, moisture-managing layers, and a way to stay consistently hydrated.

What makes it extreme : K2 isn’t the highest peak in the world, but thanks to the difficulty of the ascent, narrow weather window, and catastrophic storms, it has the second-highest fatality rate of the world’s 8,000-meter peaks. K2 has never been successfully climbed during winter, and the peak has one fatality for every four successful summit bids. At 28,251 feet, K2 is around 1,000 feet shorter than Mt. Everest, and there is no “non-technical” way to get to the summit. Every route to the summit is incredibly steep and dangerous, not even taking into consideration the extreme weather that pummels every aspect of the peak. There are rarely weather windows of more than two days without deadly storms, caused in part because the peak is so much higher than anything around it. It rises into the atmosphere pretty much on its own, creating disturbances in the jetstream that can throw the weather into deadly turmoil with limited warning.

How to prepare for a visit : Don’t attempt K2 unless you are an experienced mountaineer. You’ll need all of the most advanced mountaineering gear, boots, and apparel, and in-depth climbing and backcountry travel experience.

What makes it extreme : This part of Colombia sees an average of 11,770 millimeters of rainfall each year. This is equal to 463 inches, or over 38 feet of rain. That’s almost impossible to comprehend. This region gets two rainy seasons each year, so there’s hardly a break between extreme instances of precipitation. The heaviest rainfall occurs between August and November, with the majority concentrated in September and October. Even during the drier months of the year, precipitation can still accumulate up to 20 days each month. This region is also hot year-round, thanks to its proximity to the equator.

How to prepare for a visit : The proper rain gear is critical for success when visiting one of the wettest places in the world. Since the temperature and humidity are so high, you’ll want apparel that not only keeps you as dry as possible but breathes as well. This means the clothes allow water vapor (sweat) to escape while keeping external water out. A jacket from Original Mountain Marathon would fit the bill.

No matter what time of extreme weather interests you, if you have the right clothes, you can still have the adventure of a lifetime. Be safe and go exploring. 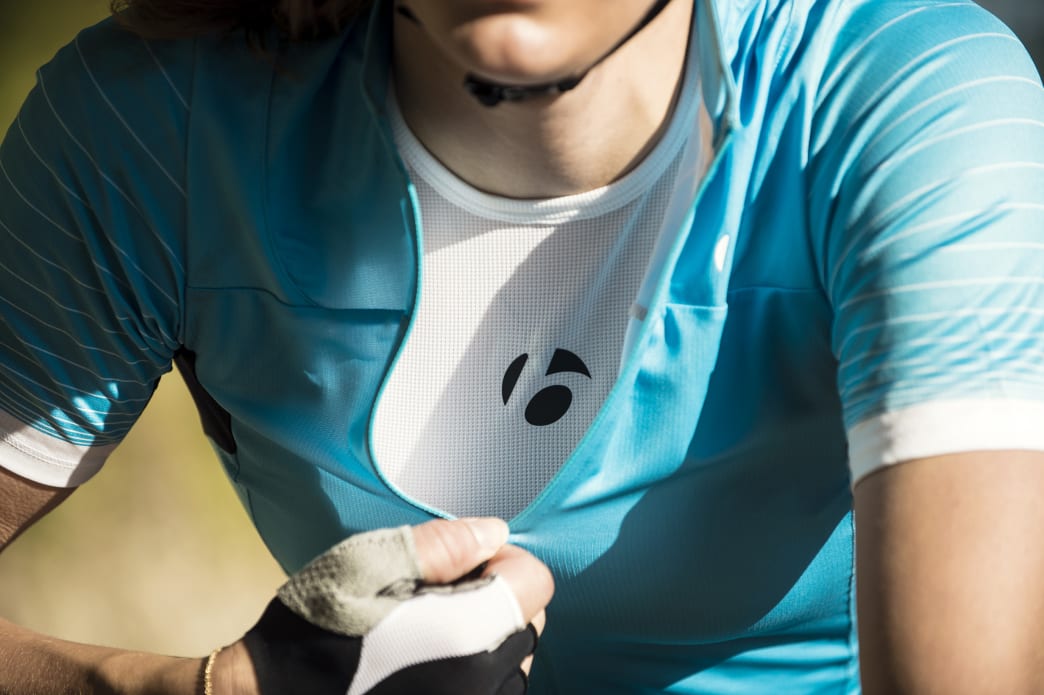 The Art of Layering: How to Do It Right for Your Outdoor Adventures

The Art of Layering: How to Do It Right for Your Outdoor Adventures