In Scandinavia, water is everywhere. The Scandinavian Peninsula is etched with approximately 17,625 miles of coastline, and dappled with more than a half-million lakes. Naturally, the region has a rich sailing history. Scandinavians were using sails by the seventh century, and the region’s storied Vikings famously scoured the seas of northern Europe from the end of the 8th century until the second half of the 11th century. And these days, being on the water is still a way of life in many parts of Scandinavia—meaning there are plenty of enticing places to set sail, from sprawling inland lakes to rugged archipelagos to cliff-cradled fjords. The options for sailors are abundant in Scandinavia, but here are five of the best bets to convert even the staunchest landlubbers.

With more islands than any other country on earth, Sweden is an epic sailing destination—and one of the best places to begin is in Stockholm. A smattering of 30,000 islets and islands, the Stockholm Archipelago extends between Sweden’s capital and the Baltic Sea—offering a bounty of offshore adventures. Each of the islands is unique, and hopscotching between the specks of land gives you the chance to seek out idyllic swimming beaches, ancient fishing villages, charming coastal towns, and pockets of wilderness. Many of the islands harbor nature preserves, including Ängso National Park, one of the oldest in Europe. Other islands are steeped with legend, home to iconic cultural sites, like the 16th century Vaxholm Fortress or the wooden Djurö church, built in 1683. The archipelago even served as a muse for Sweden’s most celebrated pop band—ABBA—and some of the group’s classic hits were even penned on the island of Viggsö.

Out on the water, you’ll want to be protected from the wind. An excellent option is the Stinger 37.5 Windkt from Sweden-based Abacus, which feature a lightweight design with stretchy fabric to ensure you have full range of motion while working on the boat.

Norway is home to more than a thousand fjords, but the Geirangerfjord is undoubtedly one of the most spectacular. Part of western Norway’s fjord landscape, the Geirangerfjord was deemed a world heritage site in 2005, along with the Naerøyfjord. Bookended by the villages of Geiranger and Hellesylt, the deep, slender waterway is a little more than nine miles long, snaking between cliffs laced with silvery waterfalls and framed by snow-glazed peaks soaring to heights more than 5,000 feet. The hillsides cradling the fjord are also laced with trails, offering everything from leisurely lakeside strolls to panoramic, peak-bagging climbs. Beyond the heady landscape, the Geirangerfjord area also has a rich history. Humans have inhabited the area since the Stone Age, and the cliffsides cradling the Geirangerfjord are still dotted with historic farms, some dating back to the 17th century.

For added insulation when the temperature drops, a vest is a good item to have onboard. The Raw Athlete Vest by Norway-based Dahlie is a compact design that isn’t too bulky, allowing you to wear it under a jacket or on its own. The vest is wind and water repellent, and it can be packed into itself in a small side pocket to stow away easily.

While Finland boasts nearly 1,865 miles of coastline, the country also features plenty of inland waterways, including Lake Saimaa, Europe’s fourth-largest natural freshwater lake. Spreading over nearly 1,545 square miles, in Finland’s aptly named Lakeland, Lake Saimaa provides plenty of water to explore, along with more than 14,000 islands offering scenic camping spots and cozy holiday cottages. During the summer, the forests alongside the water draw foragers seeking out tasty treats like blueberries and wild mushrooms, which pair perfectly with the pike, Saimaa salmon, and brown trout regularly hooked in the lake. The area surrounding Lake Saimaa is home to two national parks, Kolovesi National Park and Linnansaari National Park, and the waterway harbors one of the rarest pinnipeds on the planet, the Saimaa Ringed Seal. The sprawling lake is also studded with alluring cultural spots like Savonlinna, home to the 15th century Olavinlinna Castle, the northernmost medieval stone fortress still intact in Europe.

It’s always a good idea to have a pair of lightweight gloves aboard your boat. Sweden-based LillSport is known for its premium cross-country skiing gloves, and the Legend Slim is an uninsulated, narrow cut glove that works well when you’re out on the water. It’s breathable and windproof, with a durable, synthetic leather on the palm side to help you grab and hold ropes comfortably.

Perched at the top of Denmark at the tip of waterlogged Jutland, Skagen is a stunning spot. Artists first started flocking to the peninsula in the middle of the 19th century, enticed by the region’s ethereal landscape and stunning natural beauty. These days, Skagen still has plenty of charm. The town provides a beguiling blend of aesthetic and cultural highlights, with mesmeric museums, harborside restaurants specializing in seafood, and iconic yellow houses cradled by sand dunes. There are plenty of natural assets too, like Grenen, the sliver of beach at the northernmost tip of Denmark, where the waters of the Baltic Sea and the North Sea meet. The region is also home to Råbjerg Mile, Denmark’s largest migrating sand dune, which creeps ever closer to Grenen every year. During the spring, boating enthusiasts from locations throughout Scandinavia set sail for Skagen for the Skagen Race, an annual tradition for more than two decades.

What are you wearing with your boat shoes? Sweden-based Gococo has a wide range of socks designed for running and active sports. The No Show Circulation socks are thin with large air channels to help cool the foot. They also have added fabric on the foot’s hot spots to help eliminate blisters and abrasions.

Dotting the Norwegian Sea off Norway’s northwestern coast, 95 miles north of the Arctic Circle, the Lofoten Islands are a far-flung destination—but the archipelago is worth the trip. The island chain has been at the heart of Norway’s cod fishing industry for centuries, a staple since the age of the Vikings. These days, the archipelago rewards hearty travelers with sky-scratching peaks, deep fjords, boisterous seabird colonies, pristine beaches, and colorful fishing villages. From the water, one of the aesthetic highlights is the Lofoten Wall, an incisor-like mountain chain visible along the standard route to the islands from the town of Bodø. The waters surrounding the archipelago are also stunning, clear blue in color, on par with the postcard-perfect beaches of the Caribbean or the Mediterranean. Even though the island chain lies north of the Arctic Circle, the Gulf Stream helps to keep oceanic temperatures surprisingly mild.

Of course with all that summer sunlight, protecting your skin becomes paramount. With All Sun Sleeves from Eclipse, you can get all-day protection with the UPF 50+ fabric that reliably blocks 98% of UVA and UVB rays. It’s chemical-free and hypoallergenic, and the sun protection will never wash out.

The Sun Sleeves—and all of the clothing featured above—are powered by 37.5 Technology, which moves moisture away from the body to help maintain the optimal core temperature of 37.5 degrees Celsius and the next-to-skin relative humidity of 37.5 percent. You’ll find that clothing made with 37.5 Technology dries incredibly quickly and it doesn’t develop odors like some other technical fabrics. Most importantly, it is not a coating or a treatment—it’s permanently embedded within the fiber so it never washes out.

So no matter where you’re sailing this year, be prepared for whatever Mother Nature throws at you by having the right apparel for the job. With clothing made with 37.5 Technology, you’ll be more comfortable on the water—and ready to enjoy the ride. 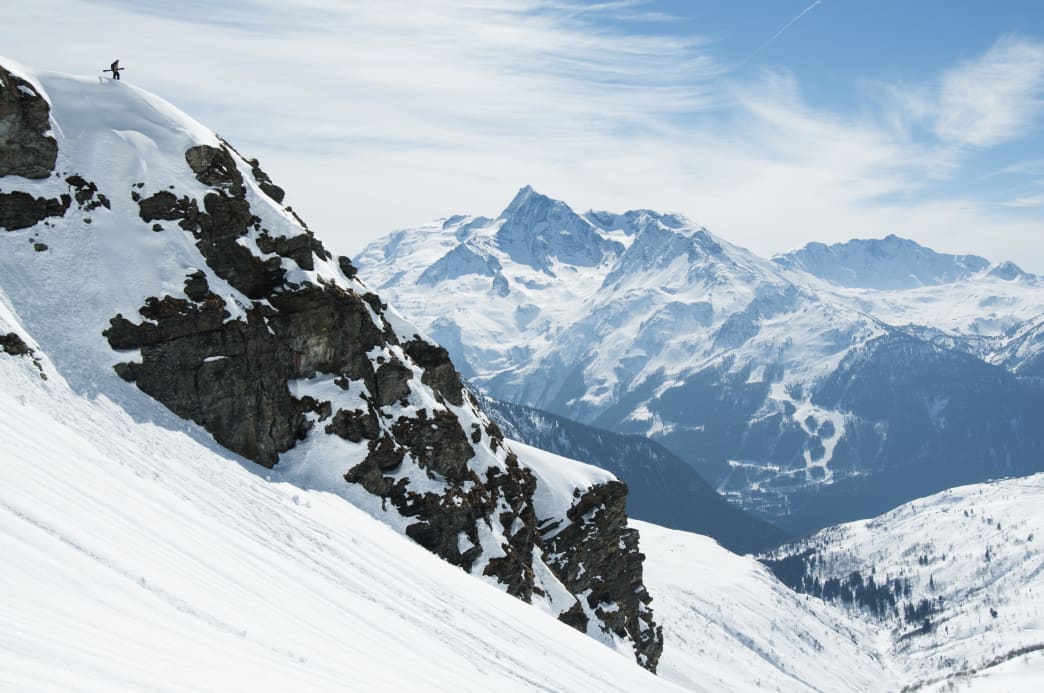 Slope Style: Gear You Need for Skiing and Snowboarding

Slope Style: Gear You Need for Skiing and Snowboarding