6 Challenging Adventure Races to Add to Your Bucket List

For many runners, an adventure race is a natural progression from their local 5Ks and 10Ks. These off-road events feature additional challenges—like obstacle courses, mud pits, and other disciplines like cycling—that can add some variety to your running routine. Some series, like the Spartan Race, Warrior Dash, and Rugged Maniac, have events across the country of varying distances, which are a good introduction to the sport.

Maybe you’ve completed a few of those, and you’re ready for an even bigger challenge? The following list of races aren’t for the faint of heart, and in addition to superhero-level fitness, most require some specialized skills. In other words, registering for them shouldn’t be taken lightly—they’re bucket listers. But when you’re ready to dream big, here are six races to consider.

The Grand Traverse is the most iconic ski mountaineering event in North America, and once you get a glimpse of Colorado’s snow-covered Elk Mountains, it’s not hard to see why. The race is held in late March and covers the 37.3 miles (and nearly 7,000 feet of ascent and more than 8,000 feet of descent) between Crested Butte and Aspen. It’s harsh terrain, and it’s occasionally been rerouted for high avalanche danger. If ski mountaineering isn’t your bag, there’s a run of the same route in late August and a bike race in early September. Completing all three is known as the Grand Traverse Triple Crown.

Completing the 1000-mile journey to Nome requires a great deal of preparation, athletic prowess and mental toughness, but no factor is more important than the ability to focus on the next step in front of you. The willingness to forget about the distance, the cold or the noise in your head and instead to concentrate on simply putting one foot in front of another makes almost anything possible. . . . . . . . . . . . #iti2019 #iditarodtrailinvitational #iditarodtrail #alaska #adventure #fatbike #cycling #running #skiing #winterultra #adventure #winter #toughestrace #outdoors

The Iditarod Trail Invitational, held each year in March, bills itself as the longest winter ultramarathon in the world, and they’re not kidding. It follows the historic Iditarod trail—the same one taken each year by mushers and their dog teams—from Anchorage to Nome. Competitors can take on 150, 350, or 1,000 miles of the rugged, frozen Iditarod Trail by bike, ski, or on foot. Participants are required to have completed another winter ultra before they qualify, which makes sense in the remote Arctic, where temperatures regularly drop well below zero, and experience and self-sufficiency are crucial.

With more than a million acres of designated wilderness in western Montana, the Bob Marshall Wilderness (“the Bob,” as it’s affectionately known) is one of the biggest and wildest places to play in the continental United States. Every May, adventure races from across the country gather for the Bob Marshall Wilderness Open. This entirely self-supported event starts and ends in different places each year, requiring participants to do careful planning and route-finding. Adding to the variation, any type of human-powered recreation that gets you from Point A to Point B is allowed.

Few adventure races cover an elevation change as drastic as that of the Ski to Sea event in northwestern Washington on the Sunday of Memorial Day Weekend each year. The race begins on Mount Baker, a 10,800-foot volcano, and ends 93 miles away on the shores of Bellingham Bay. Relay teams tackle seven legs: cross-country skiing, alpine skiing or snowboarding, running, road cycling, canoeing, cyclocross biking, and kayaking. Teams can be made up of anywhere from three to eight team members, which means this is the perfect event to gather your hardiest crew of friends.

The name says it all: This race is incredibly hard, and participants are definitely going to get dirty. The World’s Toughest Mudder is a five-mile circuit race, but it’s nothing like a typical running race—because the running is broken up by 20 to 25 obstacles, and each year, the Tough Mudder crew cooks up more obstacles to introduce. In addition to the challenges presented by the obstacles (the mud pits and slip-n-slides of your youth have nothing on these), your team of participants will need to be at the ready for a full 24 hours. The team with the most laps under its (very muddy) belt at that point wins the competition, but everyone’s a tough mudder at the end of this scenario.

The Spartan Mountain Series includes races across the country. From high to low elevations and lush hillsides to rugged rock, they take place on all kinds of mountains, but all the races have a few things in common: relentless climbing, quad-busting descents, and a major challenge. The Vermont Spartan Beast is the ultimate Spartan Beast experience because it’s the birthplace of this particular challenge. Competitors should be ready for steep climbing and descending off-trail on a 4,241-foot peak, and some seriously cold swimming over the course of 13 miles and 30 obstacles.

Are you up for the challenge? Now make sure that you’re outfitted for success. Look for clothing that uses 37.5 Technology, which helps to keep your body at its ideal core temperature of 37.5 degrees Celsius and the microclimate next to your skin at a relative humidity of 37.5 percent. When you’re hot, the active particles that are embedded in the fabrics remove sweat in the vapor stage before sweat forms, cooling you off. When you’re cold, the same particles trap heat inside to warm you up. Consider biking gear from Katusha or Ashmei, athletic apparel from Fourlaps or dhb , socks from Gococo or Point6, and ski apparel from Rossignol, which all use this revolutionary technology.

Written by Emma Walker for Matcha in partnership with 37.5 and legally licensed through the Matcha publisher network. Please direct all licensing questions to legal@getmatcha.com. 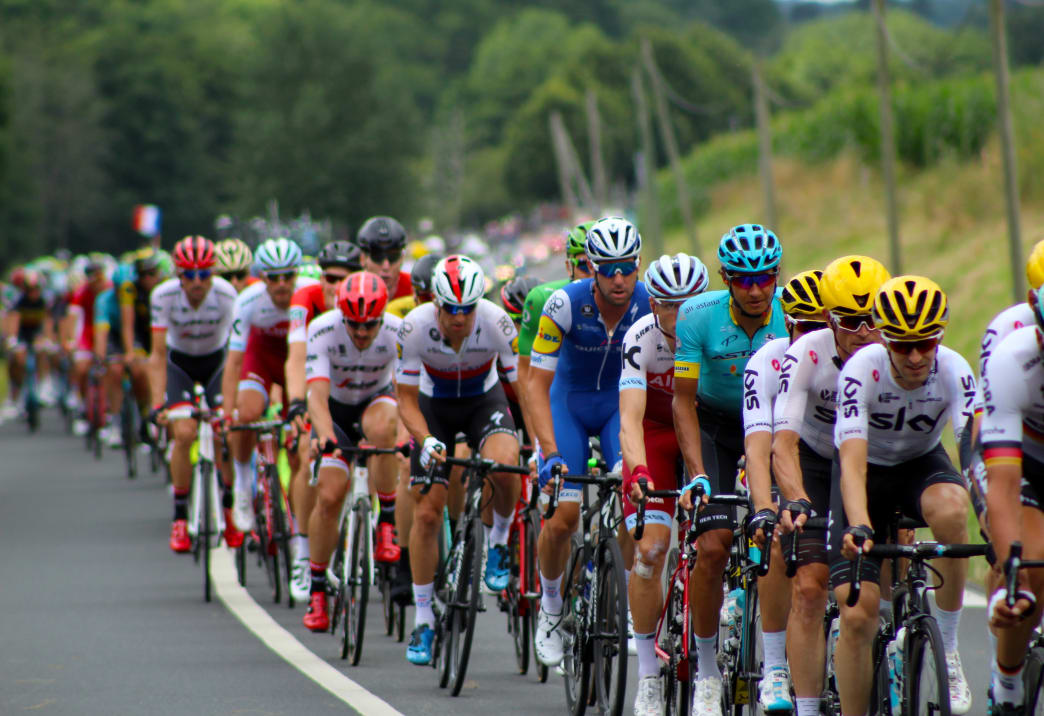 How to Have Your Best Summer Race Season Yet

How to Have Your Best Summer Race Season Yet