A Quick & Dirty Guide to Climbing in Colorado

The state of Colorado is known as a climbing mecca, and for good reason. No matter what kind of climbing you enjoy—trad, sport, top rope, ice climbing, or bouldering—you’ll find it here. Mountain Project lists more than 25,000 routes in the Centennial State, so there really is something for every style and every level of climber. You could spend a lifetime climbing them all—and many climbers hope to do just that. With so many climbing areas, it’s nearly impossible to cover them all, but here are a few of the most significant areas around the state to get you started.

Rocky Mountain National park is one of the most beautiful places in the country, but to reach the best climbing, you’ll have to work for it. Most of the routes involve lengthy hikes at elevation (the lowest altitude in the park is just under 8,000 feet), but it’s worth it. Because of all the environmental factors, you should definitely go with someone who has experience in the area your first few times. This is a summer climbing spot when it’s too hot to climb at lower elevations.

The trad routes here are spread out all over the park and the best routes are typically at least five pitches. A few favorites include the Northeast Ridge (5.6, 5 pitches), Syke’s Sickle (5.9+, 7 pitches), and the Casual Route up Longs Peak (5.10a, 7 pitches). It takes most people a couple of hours to hike in and the best time to go is in the fall.

Climbers also come from around the country to boulder in the park, and the bulk of the problems here are in Chaos Canyon (upper and lower) and around Emerald Lake. There aren’t many easy warm-ups here if you’re a beginner climber, but you’ll be able to find some good problems nonetheless. Most of the climbing here is intermediate to advanced. Some of the best are Beginners’ Luck (V2), Autobot (V5-), Tommy’s Arete (V7), Deep Puddle Dynamics (V9+), and Bush Pilot (V11).

Most of the ice climbing can be found in Glacier Gorge and Longs Peak/Mt. Meeker Cirque.

There is also a ton of climbing in and around the town of Estes Park.

Hey Folks – This is day 1 for @craig.hoffman.photography Instagram takeover. This photo is of Elad Omer about to onsight Eldorado Canyon test price The Evictor (5.12c/d). #helmetsmatter #aacgram

Eldorado Canyon is just south of Boulder, making it accessible for a large number of people. The rock is quality sandstone, and there are routes for all levels. That being said, you’ll need to know what you’re doing to place gear properly—and even sport routes might need some gear. The state park isn’t very high in elevation, so plan on chasing the shade if you come in the summer or wait for cooler spring and fall temps.

The Redgarden Wall is the most popular area for trad (it has more than 300 routes), but Wind Ridge and Calypso are great 5.6s on the Wind Tower for beginners. Some routes (like Rosy Crucifixion, 5.10 a/b PG13, 3 pitches) get a little exciting, but there are plenty of challenging climbs without the fear factor rating, like The Naked Edge (5.11b, 6 pitches).

Most people are coming out to Eldorado for climbing, but there are 100 or so bouldering problems in the canyon, too. Most problems are in the easy-to-moderate range, and the scale tops out with a handful of 9s and 10s and Lost, a V11. The Gill Boulder has a couple of classics (North Dihedral, V1; Northeast Corner, V0; Horan Face, V5-6), and Eastern Priest on the River Block is an exciting V4.

Southwest Colorado and the Four Corners region isn’t necessarily a climbing destination in and of itself, but you can find some solid options if you know where to look. Plus, there’s much to do in the area that makes the trip worthwhile. In and around Durango you’ll find more than 700 climbs, with a little bit of everything from trad and sport to bouldering. Prime climbing season here is spring through fall.

East Animas is the best area for trad, with classics like Yellow Pages (5.6), Byrd’s Classic (5.8), and Durangutan (5.10c, trad & sport, 3 pitches). East Animas also has quite a bit of sport climbing, as does the Golf Wall. Expect steep limestone and if you’re up for a challenge, try Awesome Possum, a 5.11. X-Rock offers top roping and routes range in difficulty from 5.7 to 5.11.

Turtle Lake and Sailing Hawks are the primary bouldering areas near Durango. You can grab a guide at one of the shops in town, but local favorites include Bird Hole Right (V3), Three Finger Pocket (V5), and Legacy of the Kid (V9).

A post shared by Above Alpine Photography•Video (@abovealpinephotography) on Aug 5, 2018 at 6:56pm PDT

Situated on the Western Slope of the Rockies, the Grand Junction area offers more than 3,000 climbs. Almost 70 percent of those climbs are boulder problems, ranging from super easy V0s to difficult V10s. Spring and fall are the best times of year to climb here.

Unaweep Canyon, Nine Mile Hill, and Escalante Canyon have the highest concentrations of problems, and these areas are still being developed. Some of the best problems here are on the easier end (The Millennium Falcon, V1; Taming White Lightning V2-3; Knife Wrench!, V4) but Goodbye Blue Sky is a sweet V9-10.

As far as climbing goes, Escalante is stacked with routes, but the Colorado National Monument has some good options, too. The Grand Junction area has 4-star trad and sport routes from 5.7 all the way up to 5.13, but the more difficult climbs are some of the best. Try Willy’s Hand Jive (5.10) or Medicine Man (5.12a) and see for yourself.

Other Great Climbing Worth Visiting

Clear Creek Canyon in Golden: Mostly sport, some trad and bouldering. Clear Creek is easy to access and offers a variety of routes for all levels.

Shelf Road in Cañon City: Mostly sport. There are a thousand quality limestone climbs packed into this area.

Boulder (Flagstaff, Boulder Canyon, Flatirons): Mostly trad and sport, but includes everything. All of these spots are minutes from downtown Boulder, making it a favorite local spot. And climbing the iconic Flatirons is on many a climbers’ bucket list.

Poudre Canyon in Fort Collins: Mostly sport and bouldering, some trad. The rock quality here varies, but with more than 800 climbs, it’s a popular spot in Northern Colorado.

Black Canyon of the Gunnison National Park: Mostly trad. There are just over 100 climbs here, but this breathtaking area is like none other.

When climbing in Colorado, make sure you’re wearing the right clothing. Look to performance pieces made with 37.5 Technology, which will help you effectively manage your temperature as you climb. Check out the Cliffside Shop that the company set up in Eldorado Canyon. Wouldn’t it be nice if it was always this easy to get climbing gear on the go?

Written by Abbie Mood for Matcha in partnership with 37.5. 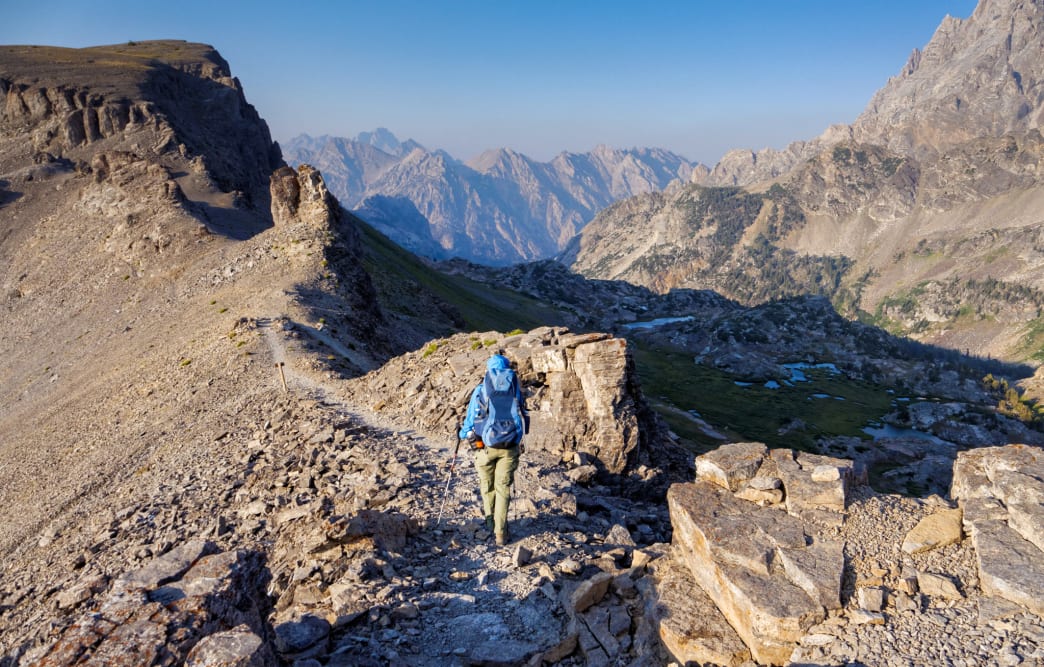