Climbers on the iconic Bastille in Eldorado Canyon deal with heavy winds, pouring rain and temperatures that can rise and fall by as much as 40 degrees in August. As prepped as they might be, they could likely use an extra layer or two on their way to the top of this picturesque mountain outside Boulder, Colorado.

Enter the world’s most remote pop-up, dubbed Cliffside Shop and manned from sunrise to sunset by a fellow climber handing out hoodies, socks and other gear to anyone who needs it. The price may be free, but it does require you to climb 300 feet to a shop that juts out from the sheer face of the mountain.

The two-day stunt, from Work in Progress for advanced materials company 37.5 Technology, took place earlier this month and provided jackets, fleece and other weather protection to about 70 climbers. Intended to make a big public splash for a little-known marketer, the shop also tried to take the concept of pop-ups to, um, new heights.

“Because they’re a dime a dozen—they’ve become an ad trope—how do you really do something so extreme and unusual and fitting for the brand that it gets noticed,” said Matt Talbot, WIP’s creative director. “We had to push it, and the client had to support it.”

The idea came from WIP as part of the agency’s pitch about six months ago to work with 37.5, which is found in brands like Carhhart, Kenneth Cole, Tommy Bahama and Bauer. It took roughly six weeks to fabricate the 6-by-10-foot shop, built around a cantilevered ledge. Once it was fully assembled, the store was pulled up on ropes by expert climbers and latched onto the mountain.

When it opened, Dave Bywater, a climbing ranger in Grand Teton National Park and an employee of 37.5 parent firm Cocona, gave climbers Adidas, Rab and Point6 gear from arguably one of the best corner offices anywhere. The goal, aside from the stunning video and brand optics, was to test out the apparel in real time. (Trivia: 37.5 refers to the body’s ideal core temperature, in Celsius).

But it’s likely not a one-off, Talbot said of the stunt that raised $15,000 for local climbing route improvements and aims to draw attention to the current hot-button issue of public land preservation. The pop-up could find its way to other far-flung locations in the future, which would be much cooler than a display on a trade show floor and show a commitment to outdoor enthusiasts that “we’re willing to go to extreme lengths to get them gear when they need it most.” 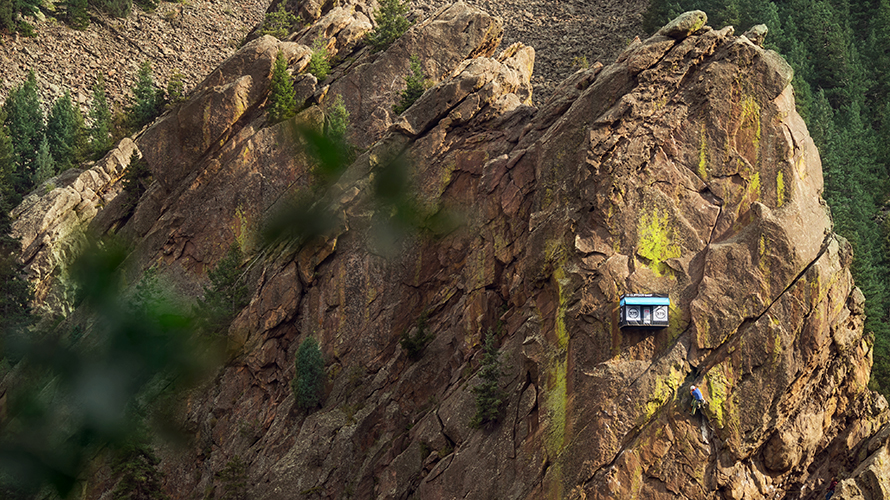 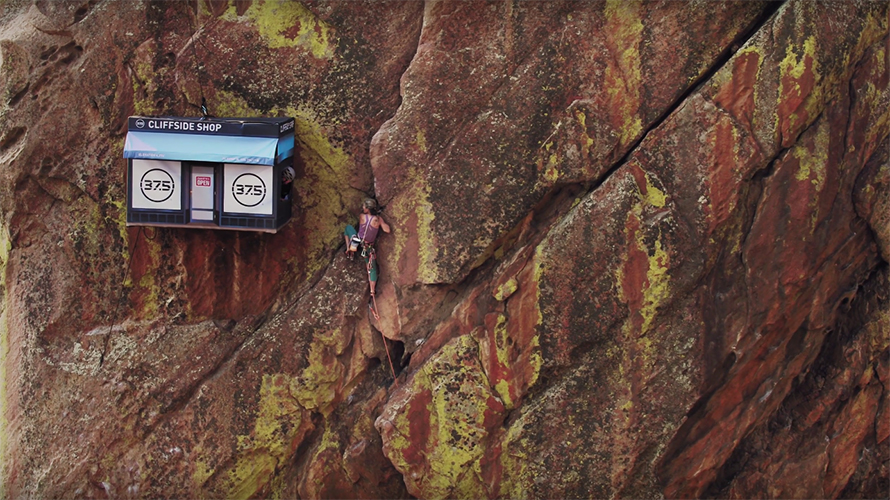 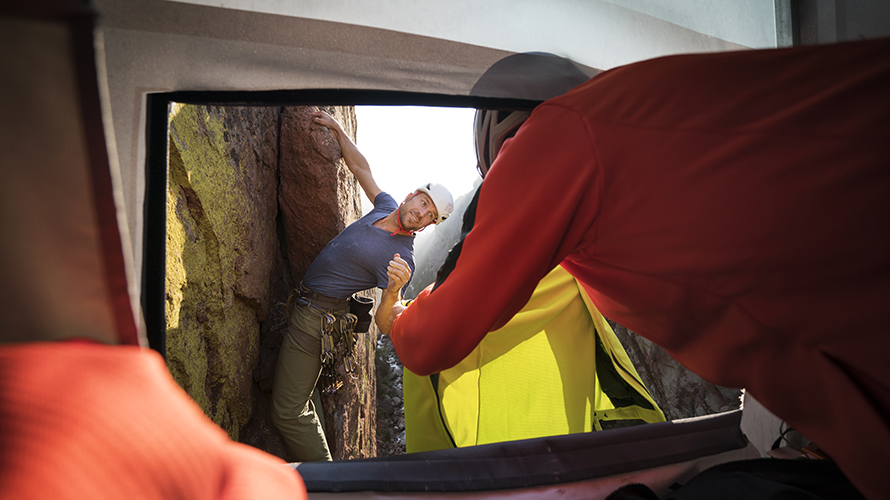 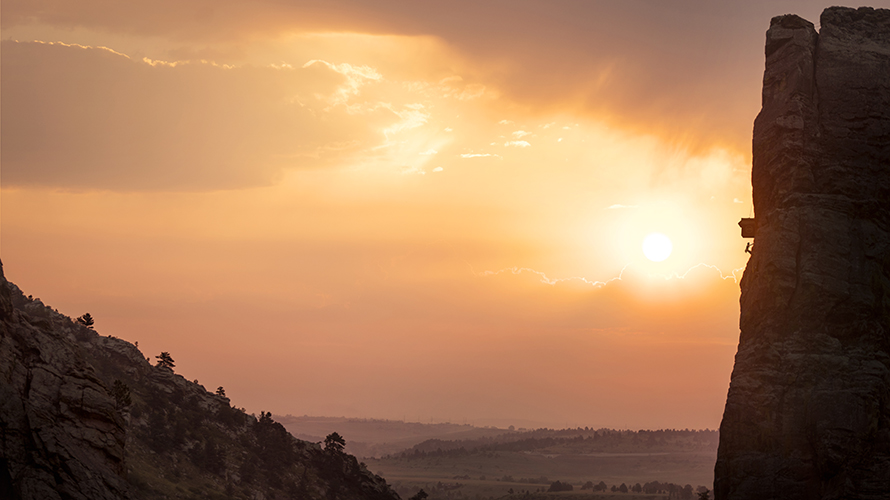 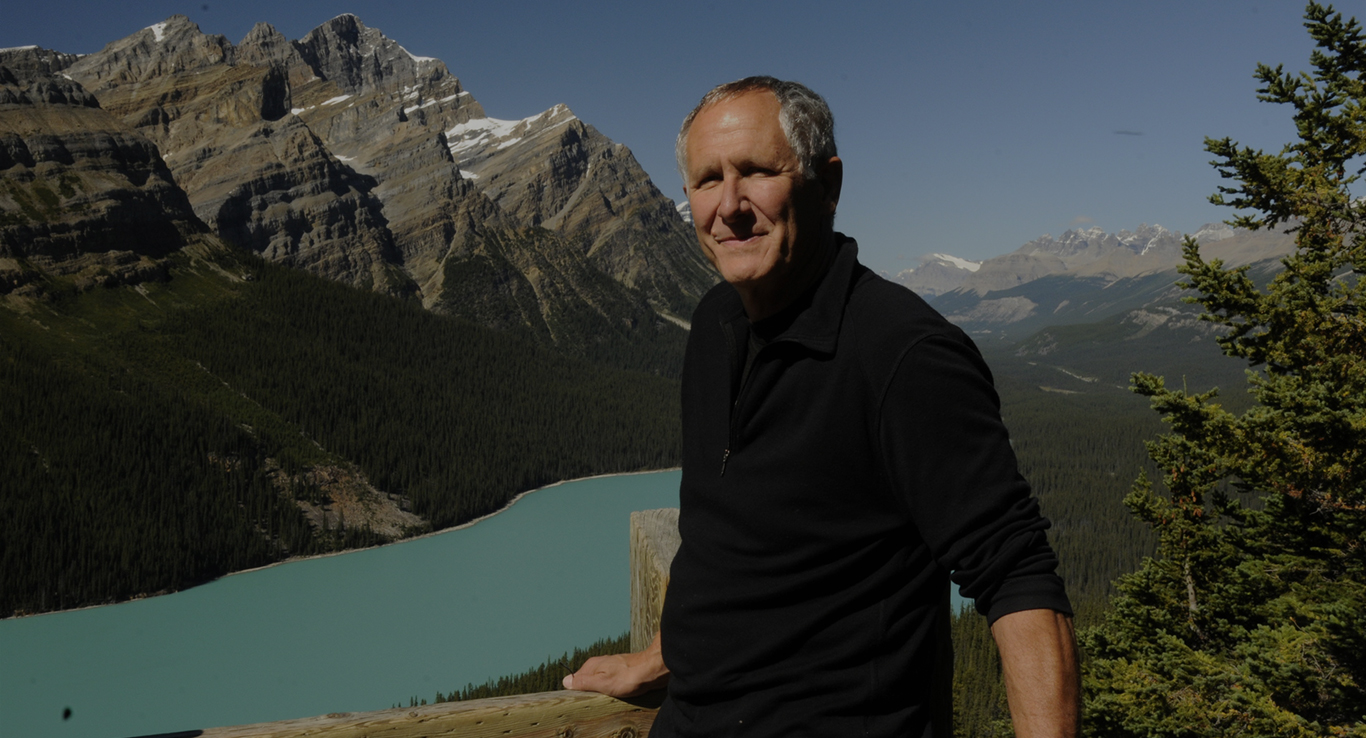