How the Outdoor Industry is Joining the Fight For Public Lands

After 20 years in the Beehive State, the Outdoor Retailer trade show announced a historic move from Utah to Colorado earlier this year. The show’s organizers cited Utah state officials’ opposition to the 2016 designation of the Bear Ears National Monument as a major reason for the move.

In rolling up its proverbial tent, Outdoor Retailer organizers took a bold position in the growing war on public lands throughout the United States. Questions about who gets to create and manage public lands, how should they be used, and who should benefit from their natural wonder are currently being debated in statehouses and on the floors of Congress—and the answers may impact recreation opportunities for decades to come.

As those battles have unfolded, outdoor retailers have risen as outspoken advocates. And it’s not just to preserve the 640 million acres of federally-owned lands that their bottom lines depend on, but to support their millions of customers throughout the U.S. Companies have realized that these armies of tent-building, campfire-stoking, Gore-tex-wearing outdoor enthusiasts might just determine the course of the battle.

Debates over public land ownership had raged for years, but the latest chapter began when President Obama designated the 1.35-million-acre Bear Ears National Monument in late 2016. Obama did so with the support of local American Indian tribes, but Utah Governor Gary Herbert expressed displeasure with the decision, eventually signing a resolution urging President Trump to rescind the designation.

The fallout was swift, and its reverberations continue to be felt nearly a year after the ink dried on President Obama’s designation.

Frustrated by Governor Herbert’s staunch opposition, Outdoor Retailer announced in February that it would leave Utah, and the organization declared that summer its intention to move its influential trade shows to Colorado.

Patagonia, 37.5® Technology, and Other Retailers Speak Out

Soon after Governor Herbert announced his opposition to the designation, Patagonia launched a campaign that celebrated—and defended—Bear Ears. The Defend Bear Ears campaign showcased the monument’s importance, championed its new designation, and encouraged website visitors to continue speaking up on behalf of public lands.

It wasn’t the company’s first foray into advocating for ecological causes, but the Bear Ears campaign signaled a more aggressive shift in how outdoor companies would fight for public lands.

For one, they had to *start *fighting—at least, on a larger scale than they previously had been.

In the fervor over Bear Ears and the ongoing debate regarding public lands, Patagonia was far from the only company to speak out and encourage its customers to get involved.

REI took a rare dip into the advocacy waters in January 2017 by penning an open letter signed by more than 100 outdoor industry leaders that called for greater stewardship for and protection of public lands. The company followed up a few months later by launching an outreach campaign that encouraged enthusiasts to get involved and make their voices heard by submitting public comments to the Department of the Interior while Secretary Ryan Zinke reviewed 27 national monuments.

37.5 Technology took another, more extreme approach with an innovative pop-up shop in the summer of 2017. The shop was rigged up to the side of the cliff using a Black Diamond Cabana Double Portaledge on the Bastille Wall, a well-known crag in Eldorado Canyon State Park near Boulder, Colorado. For two days in August, climbers who reached the Cliffside Shop via the Outer Space route (5.10b/c) were rewarded with free socks, hoodies, and other gear. 37.5 pledged $100 for each climber who visited the shop and ended up donating $15,000 to the American Alpine Club, the Access Fund, and the Action Committee for Eldorado (ACE) to improve local climbing routes. The event also highlighted the importance of preserving public lands for climbers in the future.

Retailers are learning to find their collective voice as they mobilize customers and fight back against powerful oil and gas interests lobbying for fewer public lands and loosened regulations, says Erik Murdock, Ph.D., Policy Director for the conservation organization Access Fund. “The companies got into this business because they appreciate the incredible opportunities that this country’s public lands offer,” he says. “A lot of the outdoor industry is willing to put themselves on the line to protect public lands.”

More to the point, he says: “They see that we have a serious threat right now.”

But how will these companies put themselves on the line?

For starters, Murdock says that companies are learning how to communicate the economic impact of hiking, paddling, climbing, and other outdoor pursuits. According to the Outdoor Industry Association, the outdoor recreation economy generates $887 billion in consumer spending each year and is responsible for nearly 8 million jobs. Those cold, hard numbers resonate with lawmakers worried about slashing jobs and depressing local economies. “The outdoor industry is in a perfect position to influence legislators to recognize the importance of the outdoor economy and that the outdoor economy is dependable, whereas the energy industry is more of a boom-and-bust economy,” Murdock explains.

Beyond influencing legislators in the halls of Congress, Murdock says that companies can motivate their customers to take action on the local level, whether engaging with local Bureau of Land Management offices or writing letters in support of preserving forests. “When climbers come out in droves to a national forest and write letters to a forest supervisor, they think twice before deferring to the oil and gas industry,” Murdock says.

As Murdock sees it, outdoor companies face an uphill battle in out-maneuvering the well-established energy industry. But he says the time is right for companies to get involved, start fighting back, and engage their loyal customers. “When the industry realized that the stars have aligned for policymakers and legislators who oppose or want to diminish public lands, they jumped into action,” he says. “If there was ever a time to do it, it certainly is now.” 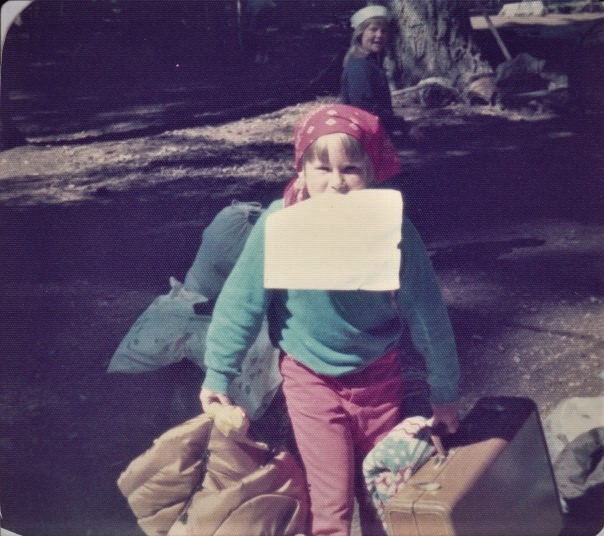