Q&A with an Up-and-Comer: How Ultramarathoner Cat Bradley Lives & Trains

Thanks to her 2017 Western States 100 win, you may have heard of up-and-coming ultrarunner Cat Bradley of Boulder, Colorado. She’s now frequently mentioned in the same breath as the iconic race, but there’s so much more to Bradley—she also broke the fastest known time (FKT) record for the 41.2-mile Grand Canyon Rim-to-Rim-to-Rim last year, which entails more than 20,000 feet of vertical gain and loss.

“I’ve been ultrarunning for about four years, but I didn’t get competitive until the last year and a half or so,” Bradley explains. “I was winning some races, but I was also a full-time teacher, so I was pretty quiet on the scene—I’d show up, race, and be back at work on Monday.”

That changed when Bradley was unexpectedly laid off from her teaching job. It was a shock, but it also meant she was able to sign her first professional contract after her Western States win, and now she can run full-time.

The Salomon athlete still remembers her days of burning the candle at both ends, and it influences her training routine—ultra-racing requires plenty of discipline, even if you’re not trying to squeeze in training on evenings and weekends.

We caught up with Bradley to learn more about how she lives and trains on a daily basis, and how wearing gear with 37.5® Technology helps her achieve her running goals.

How’d you get into ultrarunning?

What’s on your Christmas list? Mine has a few mountain sunrises and gear to help me enjoy them with. If you’re reaching to buy last minute holiday gifts, check out my latest article with @btrtoday on some nifty gifts for athletes. Link in bio 📸 @aaroncolussi

I was running as a collegiate athlete, and then I quit the team, hiked the AT, and took a break from school. I was going to UC-Santa Barbara and met Luis Escobar. He’d take me on these stupid-long runs, and I had no idea what I was getting into. I was doing a lot of other mountain sports, too, but once I moved to Boulder, I started training seriously for running.

It might be lottery season just making me giddy , but I’ve never been so excited to end an off-season! With my running ramping up this week, I took a sec to reflect on what has changed in my routine to take me from a 36 hour 100 mile finisher, to winning Western States in just two years. If your curious what the single biggest tool I had to take me from the back of the back to where I am today, check out my latest article with @btrtoday. Link in bio. 📸 @aaroncolussi

I do about 15 hours of [writing] work a week, but I’m also running almost full-time. Most of the time, I’m running, training, resting, doing interviews.

Usually I’ll wake up and get my run in in the morning, and now I have the time to work with a strength coach. I’m also able to recover and do the small injury-prevention things that a high-level athlete should be doing.

Any go-to meals you’re eating lately for folks who are on the go?

I try and have a burger at least once a week. I’ve been sick, and last weekend I went on my long run. I was like, “If I eat a burger, I’ll do better tomorrow.” It tastes good, so it’s a really easy way to get a lot of iron and good fatty calories. We also bake cookies probably three times a week. But if you ask me next week, it will have changed! I like to mix it up a lot.

Don’t get me wrong, I eat a lot of vegetables. But I like to get creative with how I eat them. You can definitely get them in, but there’s no reason to skimp on the stuff that tastes good, too, even if you’re trying to get a lot of greens in.

You just broke the record for the Rim-to-Rim-to-Rim in the Grand Canyon. What was that experience like?

Last Canyon post because somehow, between eating tortilla chips with milk and CRUSHING TNF50, @clare_gallagher_runs managed to write the most intimate article about my relationship with the Grand Canyon Project and my journey in running itself. It’s rare to have a good friend covering one of your most important achievements. Thanks for it all Clare Bear! Link in bio!

It was a really long-time goal, even kind of before I got serious about running, I had that goal. But I didn’t really train specifically for it until this year. I mean, I went for it a couple of times without any specific training. No respect for the Canyon! It really chewed me up and spit me out, both on my first and second attempts. That’s part of the reason this third time was successful.

[This time] every run I went on, I thought of the Grand Canyon. I went on really long runs with sustained downhills to practice pounding my quads. I practiced some really specific hiking. If you can run some of it, great—but you’re going to be hiking some of it. I also tapered for it, which is something I’d never done before.

When I got to the top, it was one of the best moments of my running career. It was so, so satisfying. I’m not completely satisfied with it—I think the record can still go down.

You were wearing some clothing made with 37.5 Technology. What difference did that make?

Yes! I wore a Salomon S/LAB EXO shirt. It’s known to be really tight-fitting on the skin, and I have a history with chafing on my neck. I know there’s no other gear that I’d want to be wearing. It’s a high-performance shirt, and when I chose what I’d wear, I was thinking about what the conditions in the Canyon would be like, including temperature.

In any run, but especially when running through the brutal and varied conditions of the Canyon, regulating my core temperature is crucial and failing to do so has resulted in failed FKT attempts. The Salomon S/LAB shirt [with 37.5 Technology] I wore helped to keep me warm in the below-freezing temps on the South Rim in the morning, but didn’t cause me to overheat in the depths of the Canyon and in the heat of the day.

Any tips for an aspiring ultrarunner?

Winter is coming people, and not all snowy days are as beautiful as this one. Getting out the door is getting tougher by the day so I wrote a little reminder on how to deal with the plummeting temps and cloudy skies. Check out the latest with @btrtoday link in bio

First, I want to say that it’s just running! Having a goal can help bring balance to the rest of your life. But while you’re working towards that goal, it’s important to remember that it’s just running. It can really add balance—but don’t let it take away that balance. When I’m getting too focused on my goals, I have to remind myself that no one cares as much as I do. That takes so much pressure off!

With that in mind, though, it’s good to set big goals. I’ve always set goals that are bigger than I thought I’d reach. I bet 90 percent of the time, I come up short. But you learn so much from failing, it’s not really a failure. I wouldn’t be the runner I am today if I hadn’t failed on those first two FKT attempts in the Canyon.

You can find Cat on Instagram or on her blog, catberad. 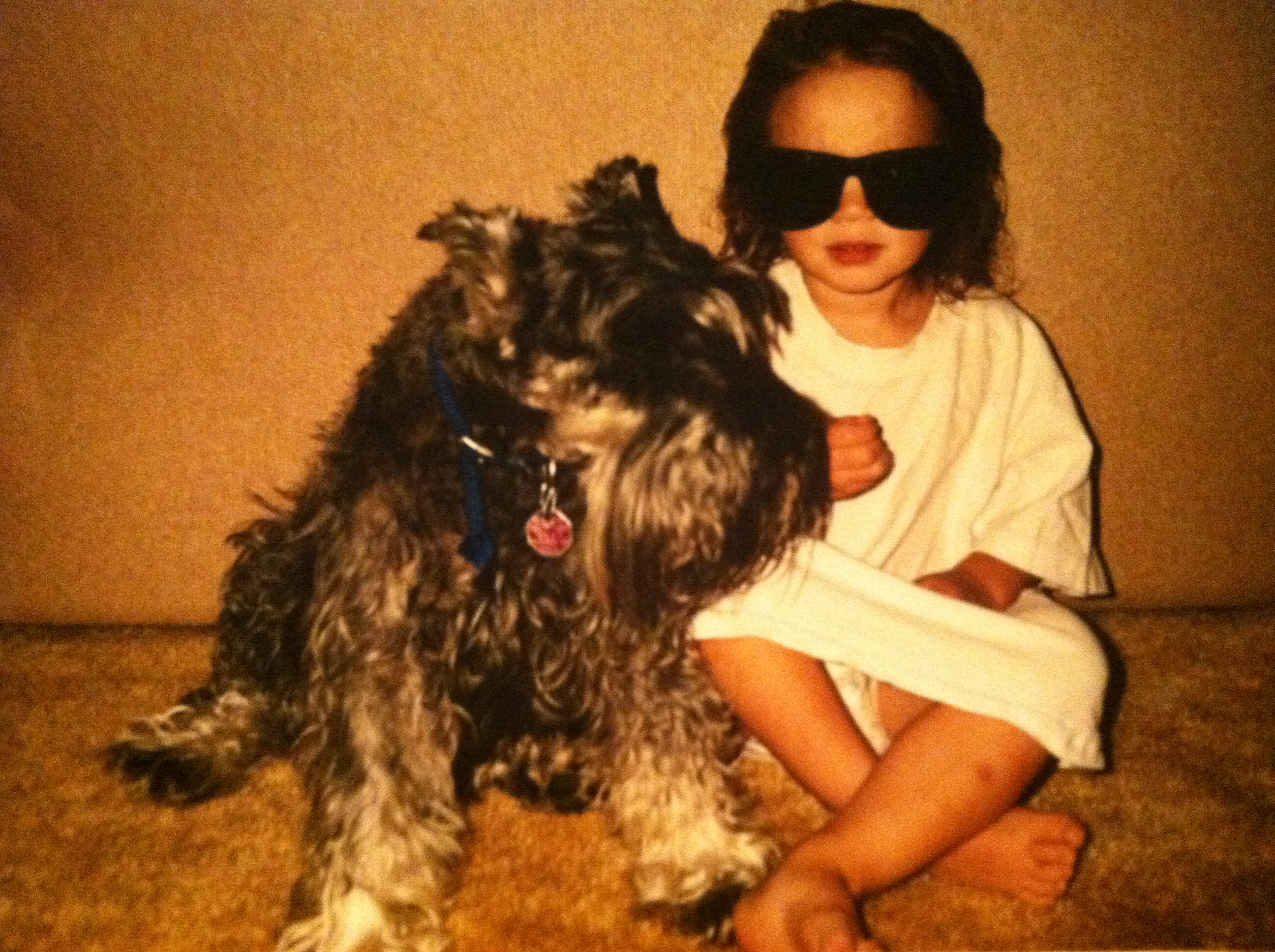