The Ultimate Adventure and Leisure Guide to Cape Town

Tucked between the mountains and the ocean, Cape Town is a seamless blend of ruggedness and sophistication. Adventure seekers can easily spend a morning surfing breaks off the Cape of Good Hope and be sipping local Constantia sauvignon blanc and dining on Cape Malay cuisine by lunchtime. Dubbed South Africa’s Mother City, Cape Town also has a rich history and a vibrantly multi-ethnic vibe. There are plenty of ways to soak up this stunning city—and a plethora of adventure-filled nooks and crannies to explore—but here are a few of the best ways to savor a stint in Cape Town.

Check out the pulse of the bustling metropolis and get a taste of the region’s rich history in Cape Town’s vibrant commercial center, dubbed City Bowl. Begin by exploring the eclectic array of offerings at Greenmarket Square , built in 1696. The cobblestone piazza is one of the oldest in South Africa and still hosts an open-air curio market daily.

Next, admire the city’s elaborate art-deco architecture while strolling to nearby Bo-Kaap neighborhood. The colorful quarter is one of the most photogenic places in Cape Town, with a blend of classic Cape Dutch and Cape Georgian architecture in the form of brightly painted houses and cobblestone streets. Once referred to as the ‘Malay Quarter,’ Bo-Kaap is also an example of Cape Town’s rich multi-ethnic heritage, as the historic area was known as a place where many Muslims and freed slaves lived. The neighborhood is also home to South Africa’s oldest mosque: the Auwal Mosque, built in 1794. Be sure to stop by the Bo-Kaap Museum, housed in one of the neighborhood’s oldest edifices, to learn all about the history here.

Finally, cap off the jaunt to City Bowl with a stroll through the Company’s Garden. The gardens date back to 1652 and were originally a produce plot for the Dutch East India Company. Today, the leafy urban park studded with fiery red flame trees, fragrant plumeria, and an open-air restaurant.

Ready for happy hour? Stick around City Bowl and make the short saunter over to explore some of Cape Town’s buzzing social corridors: Long Street and Bree Street. Choose from 99 locally and globally sourced brews, plus burgers, snacks, and smoked meats at the Beerhouse on Long Street, hailed as one of the planet’s best beer bars. Or, nibble on worldly tapas at the Chefs Warehouse & Canteen on Bree Street, where diners are offered a different seasonal menu every single day.

Or, strike out from the city’s urban center and seek out sundowners with a view. Sip on local microbrews at Devil’s Peak Brewing Company’s Salt River Taproom, perched in the shadow of incisor-shaped Devil’s Peak itself. The taproom features both experimental brews and beloved classics, and serves up hearty burgers.

Another option is The Roundhouse Restaurant, set above the azure water of Camps Bay. Housed in an 18th-century guardhouse once used by the Dutch East India Company, the elegant eatery serves seasonally-inspired fare and offers a lengthy wine list, studded with selections from the world-class wine estates just outside of Cape Town.

Off the Beaten Path Adventure

Considering it’s the only major metropolitan area on the planet nestled against a peak-capped national park, outdoor adventures are easily accessible from the heart of the city. Providing the city’s photogenic backdrop Table Mountain National Park covers 85 square miles from Cape Point northward to Signal Hill.

Get a taste of the national park’s ecological diversity by spending half of a day summiting via Skeleton Gorge , starting at the Kirstenbosch National Botanical Garden. Rather explore on two wheels? Head for the Tokai Forest section of the national park, laced with singletrack suitable for riders of all skill levels. Cycle through the shrubland (called fynbos) studded with sunbirds and common waxbills, and be sure to keep an eye out for everything from colorful Cape dwarf chameleons to caracals. Rent a pair of wheels from local outfitters like Day Trippers or Downhill Adventures.

Next, go from summit to sea and towards the Cape of Good Hope and stop by Animal Ocean in the Hout Bay Harbor for one of Cape Town’s most immersive marine adventures. The outfitter organizes snorkel and dive trips in the icy (but shark-free waters) surrounding Duiker Island in Hout Bay. It’s a hotspot for native Cape fur seals, where they can frolic playfully without fear of trolling great whites.

Continue down the Cape peninsula to Kayak Cape Town in the seaside community of Simon’s Town , and opt for a two-hour paddling excursion to Boulders Beach , where you can mingle with the resident African penguins.

On your way back to the city, take a scenic detour along one of the planet’s most stunning stretches of pavement: Chapman’s Peak Drive between Hout Bay and Noordhoek. The toll road skirts around Chapman’s Peak, treating motorists to a marine backdrop befitting a luxury car commercial. And best of all, the 5.5-mile route has 114 curves with plenty of jaw-dropping overlooks and linger-worthy picnic spots.

Whether ascending Table Mountain on the 21-mile Cape of Good Hope Trail or via cable car ride, the adidas Stockhorn Fleece proves a fashionable and functional midlayer, blending a workout-worthy level of stretchiness with top-notch moisture management courtesy of 37.5® Technology.

Happy feet are worth their weight in gold. Whether you’re running the craggy headlands looming over City Bowl or sipping a Stellenbosch Shiraz at a café along Camps Beach, Point6 quick-dry socks pamper adventure-chasing tootsies with a comfortable microclimate. Merino wool suffused with 37.5 Technology expedites evaporation, making for drier feet, on summit climbs or neighborhood strolls.

Pretty much anything you can wear that has 37.5 Technology weaved into the fabric is going to make your vacation that much better. Because your body works best when you can keep it at 37.5 degrees Celsius, and our technology does just that by managing the microclimate next to your skin. So whether you’re exploring the beach or climbing a mountain, 37.5 will keep you comfortable. 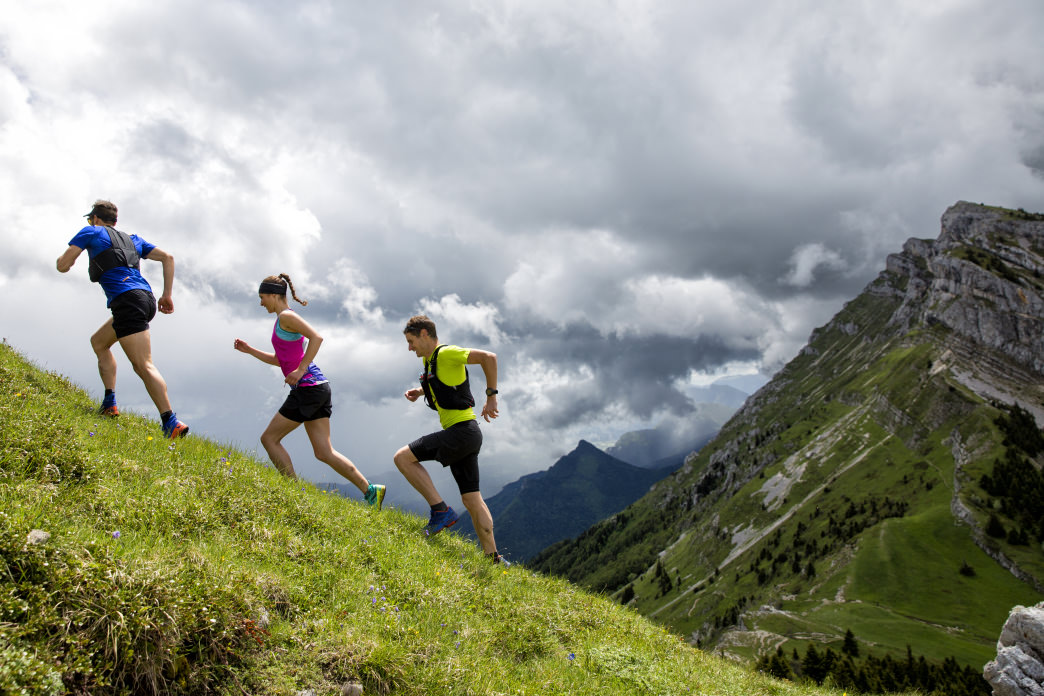 From Summit to Boardroom and Everywhere in Between: The Versatile Clothing Ingredient That Goes Where You Go

From Summit to Boardroom and Everywhere in Between: The Versatile Clothing Ingredient That Goes Where You Go